Which is the Best Toyota Hybrid for 2022?

Toyota is an outlier in the global automotive industry because its top brass still isn’t convinced that EVs are the future or that hybrids are a gateway or a bridge to the takeup of full-electric vehicles. The company has softened its stance to some extent recently by at least offering some EV models, but you only have to look at the 2022 lineup to see that Toyota is currently “all-in” with gas/electric hybrids and plug-in hybrids. So, if Toyota remains philosophically focused on hybrids, which is the best Toyota hybrid for 2022?

10 Toyota hybrid models are currently for sale in the US market for the 2022 model year. Two of them are plug-in hybrid models, and out of the ten vehicles, four are SUVs, five are cars, and the final offering is a minivan. Starting with the most affordable and going up in price order, let’s look at the various pros and cons to see which 2022 Toyota hybrid is the best.

The 2022 Corolla Hybrid LE is about $3,000 more expensive than the gas-only model, so you’ll have to do a decent amount of miles before the fuel-saving cancels out the extra cost of the Hybrid. The Corolla is an excellent little car in its own right, but it’s hard to make a case for the heavier, slower hybrid variant when you could have a gas-powered Nightshade model for less money.

The Toyota Prius used to be the default option for anyone who wanted to broadcast their green credentials through the car they drove. That’s no longer the case as loads of hybrids are available today, but the Prius is still tough to beat when it comes to out and out fuel economy.

And if the price of gas is getting out of hand, click the banner below to start saving up to 25 cents per gallon every time you fill-up.

Let’s deal with the positives first. The 2022 Toyota Prius has plenty of space inside, so it’s practical. It’s also available these days with the extra capability of AWD, there’s that spectacular fuel economy, and the Prius also represents reasonable value for money. That’s the good news. On the downside, the interior is unimpressive; it drives like a refrigerator or washing machine on wheels, looks awful, and it is a Prius at the end of the day.

The 2022 Prius Prime is a plug-in hybrid version of the Prius that does allow up to 25 miles of electric-only range, but the hybrid fuel economy is worse than the regular Prius. The Prime costs over $2,000 more than the standard Prius, but it is eligible for a $4,502 federal tax credit.

Most of what I said above about the Prius applies here, so this is another one that’s not going to make the best Toyota hybrid shortlist.

Although the Camry has gone off the boil a little in recent years, the current model is excellent, but only as long as you like the way it looks, which I do. However, the best thing about the Camry Hybrid is that the hybrid powertrain delivers a decent amount of power and performance and pretty astounding fuel economy. This one could be a contender here.

Most people will be aware that the RAV4 is one of the biggest-selling SUVs in the world, so a hybrid version should be a contender here. You don’t get to be as successful as the RAV4 without being good, and I’m happy to say that adding a hybrid powertrain hasn’t diluted the winning formula. You have five different trim levels of RAV4 Hybrid, and the most affordable LE looks like a bit of a bargain with a starting MSRP of just $29,075.

The 2022 Toyota RAV4 Hybrid is a great-looking compact SUV; it’s as safe as houses with a ton of standard safety features, the fuel economy is excellent, and it even has Electronic On-Demand All-Wheel Drive as part of its standard specification.

The 2022 Toyota Venza is a compact hybrid crossover SUV with standard AWD that has a starting MSRP of $32,890. It’s not as spacious as a RAV4, the rear headroom is tight, it’s not very thrilling to drive, and a high-spec version can cost north of $40k. On the other hand, if you really want a luxury compact SUV, but your budget doesn’t stretch to a Lexus, the Venza could pass as an excellent second best.

Like all Toyotas, the Venza comes packed with standard safety kit. The interior is modern and more than a little fancy, the fuel economy is excellent, and its exterior is pleasingly attractive. However, what you may or may not like is that it’s not as SUV as some people like their SUVs to be. The Venza could almost pass as a bloated GT car from the side, but whether that’s good or bad is a personal thing.

I’ll cover the 2022 Toyota Avalon Hybrid simply because it exists as a 2022 model year hybrid Toyota, but this will be a hard sell for anyone to make a strong case for buying. First of all, the Avalon is a full-size sedan, and who buys them anymore? As well as that, the Avalon is ugly, old, not as powerful as the RAV4 Hybrid, it’s only available in two trim levels, and Toyota is killing it off after this year.

I will admit that a combined fuel economy rating of 43 mpg is bordering on the awesome for a car like this, but there are much better ways of enjoying that kind of fuel economy, and many of them cost less than one of these.

If you have given up on life for the time being and you’ve resigned yourself to owning a minivan until the last of your brood flies the nest, the 2022 Toyota Sienna is a strong contender. The Sienna is only available as a hybrid; it seats up to eight people, and you can even have one with AWD. There are even six trim levels to choose from, ranging from the tantalizingly affordable LE to the pretty opulent Platinum, with plenty of options between those two extremes.

Those who know about minivans say this is one of the more attractive models on the market, so I’ll bow to their better judgment as they all look like big boxes on wheels to me. They also claim the Sienna borders on being fun to drive, which I believe as I once got to drive a Toyota Corolla Verso, a small minivan that blew me away with how good it was to drive.

The 2022 Toyota Highlander Hybrid is a three-row midsize crossover SUV that can seat up to seven people but don’t rely on the third-row for accomodating anyone on long journeys if they’re much more than three feet tall. You only have to look at the side profile of the Highlander Hybrid to know that this is more minivan than SUV, so exterior styling certainly isn’t its strong point.

Having said all that, there’s also quite a bit to recommend about the Highlander. Four trim levels cover a range of budgets. The XSE is interestingly sporty, and the Highlander range is also extremely practical, well put-together, AWD (of a sort), exceptionally safe, and very fuel-efficient. However, if you want a high-spec model, you might find you can get a lot more for your money elsewhere.

You don’t need to be a detective to deduce that the 2022 Toyota RAV4 Prime is the plug-in version of the RAV4 Hybrid. The only thing that lets the RAV4 Prime down is a lack of choice due to just two available trim levels of SE and XSE. The Prime has a few unique styling cues to set it apart from the RAV4 Hybrid, but its performance is the big ace this model has up its sleeve.

The gas-powered RAV4 only puts out a meager 203 horsepower; the RAV4 Hybrid increases that to a more impressive 219 horsepower, but the Prime leaves the rest a long way behind with a combined output of 302 horsepower. The zero to 60 mph time is extremely impressive at 5.7 seconds, so what could stop me from sending you straight to your local Toyota dealer to buy a RAV4 Prime? Well, there are two problems. The first is the starting MSRP is a lofty $39,800, and the second is you’ll find it almost impossible to buy one due to the many problems I cover in my article here about waiting until 2023 to buy a new car.

And the winner is…….

The winner of the title Best Toyota Hybrid for 2022 for me has to be the 2022 Toyota RAV4 Prime. Yes, I know it’s the most expensive Toyota hybrid offered for sale, and it’s always easy to pick the most expensive version of something as being the best. But the reason I choose the RAV4 Prime as the best hybrid Toyota sells at the moment is something more intrinsic.

My issue with hybrids has always been the single-minded focus on out and out fuel economy. The first hybrid car I ever drove was a Honda Insight in about 2010. It was okay and very fuel-efficient, but it was woefully uninspiring to drive. The only thing I’ve ever driven that was more boring was a Mercedes-Benz ML of a similar vintage.

We learned a long time ago with the Mclaren P1 and the Porsche 918 that hybrid cars can deliver staggering performance, and today’s F1 cars have taken that to an even higher level more recently. I’m not saying hybrid versions of family production cars need to ignore fuel economy and concentrate on outright performance. Still, it would be nice if somebody could offer a little balance for a change.

The 2022 Toyota RAV4 Prime is as good as the other versions of Toyota’s biggest-selling model in boring, practical ways, but it’s also the most potent RAV4 without totally sacrificing fuel economy in favor of performance.

You may disagree, so here’s a table comparing some critical features of each vehicle to help you make your mind up about the best Toyota hybrid for 2022 for you. 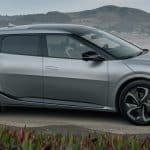 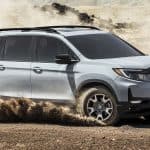