While governments and environmentalists worldwide are obsessed with electric vehicles, many automakers have been getting on quietly with producing new models with gas and hybrid powertrains that are increasingly fuel-efficient. Kia is a manufacturer that’s definitely on an upward curve in terms of public appreciation, so let’s discover which Kia models have the best gas mileage in 2022.

I will organize the 2022 Kia models in price order, starting with the cheapest. My list will allow anyone interested in buying a 2022 model year Kia to go straight to the price bracket that fits their budget, and I’ll discuss the best and worst gas mileage figures for each model.

The 2022 Kia Rio is a subcompact car available as a four-door sedan or a five-door hatchback. Under the hood is a 1.6-liter inline-four engine producing 120 horsepower and 112 lb.-ft. Of torque that goes to the front wheels through a CVT transmission. CVTs are not to everyone’s liking, but the one thing they do have in their favor is fuel economy.

If you’re interested in a car like this, fuel economy will probably be extremely important to you, and the Rio is pretty good in that respect.

The 2022 Kia Forte is a compact four-door sedan in its third generation, and this year it benefits from a mid-cycle refresh. The Forte can be something of a Jekyll & Hyde car as far as engines and performance are concerned. Most models get a modest 2.0-liter inline-four that develops 147 horsepower and 132 lb.-ft. of torque, but GT versions of the Forte rock a 1.6-liter turbo-four that puts out 201 horsepower and 195 lb.-ft. of torque.

Of course, the different performance levels are reflected in the fuel economy ratings, especially when the GT has the available manual transmission.

The 2022 Kia Soul is the most affordable (subcompact) crossover SUV the South Korean automaker produces at the moment, and it’s a model I have mixed feelings about. I’ve written about this vehicle an awful lot over the years, and there’s a lot to recommend. My problem is I find it a bit odd. It looks a bit weird, but it’s also neither a car nor an SUV.

The Soul is another Kia with a mundane standard engine and considerably more fun and likable turbo option. Most models get the same 2.0-liter inline-four as the Forte, offering 147 horsepower and 132 lb.-ft. of torque. And guess what? The alternative is the 1.6-liter turbo-four with 201 horsepower and 195 lb.-ft. of torque, that’s also from the Forte GT, but the fuel economy is much better with the Soul.

The 2022 Kia Seltos is another subcompact crossover SUV, but this one’s larger, newer, and more expensive than the Soul. The Seltos also looks sportier and more conventional than its little brother, and it’s also the first model in the 2022 Kia range that’s available with a simple all-wheel-drive system.

It follows the familiar blueprint of a standard non-turbo engine and an optional turbo-four, and the standard unit is a 2.0-liter inline-four producing 146 horsepower and 132 lb.-ft. of torque. Yes, the alternative is once again the 1.6-liter turbo-four that puts out 175 horsepower and 195 lb.-ft. of torque. The Seltos base engine comes mated to a CVT, and the turbo sends its power to the wheels through an unrefined 7-speed dual-clutch automatic.

The 2022 Kia K5 is a model I have a lot of time for. However, I’m unsure about the decision to change the name from Optima to K5 for the arrival of what is effectively a new generation of the midsize sedan. Anyway, it’s a stunning-looking car with two turbocharged engine options and AWD availability.

The 2022 Kia Niro compact crossover SUV is available in hybrid, plug-in, and fully-electric versions, so there’s never been a gas-only version of this model, and AWD isn’t an option either. Here I’m considering the hybrid and plug-in hybrid versions only, and we have to keep in mind that this is the last year of the first generation.

This is another Kia where I’m not a fan of the exterior styling, although this face-lifted version is better than the original look.

It might come as a surprise to learn that the plug-in isn’t the most fuel-efficient version of the two, with a combined 46 mpg, but the lackluster performance is a constant reminder that economy is the main focus of the designers here.

The hybrid powerplant features a 1.6-liter inline-four linked to an electric motor and a lithium-ion battery, but the battery is larger (and heavier) in the plug-in version. If fuel economy is your priority, you’re not going to do much better than this Kia SUV.

The 2022 Kia Sportage is another compact Kia SUV that will be replaced by an all-new model for the 2023 model year. I’ve owned one of these myself, and they’re excellent value for money. However, I must confess that I went for the one with the worst fuel economy ratings for that model year. Even so, I think it was better than this one can offer.

The standard powerplant is a 2.4-liter inline-four that provides the Sportage with 181 horsepower and 175 lb.-ft. of torque through a six-speed automatic transmission. Front-drive is standard, but every model is also available with all-wheel-drive. The optional engine is the familiar 2.0-liter turbo-four that boosts the Kia SUV’s output to 240 horsepower and 260 lb.-ft. of torque, and this engine uses the same six-speed auto as the base unit.

The 2022 Kia Sorento is the model you need if five seats are not enough for your requirements, although I have to say that the third-row seats are not what anyone could reasonably call generous. The new Sorento is a seriously good vehicle. It represents sensational value for money, in my opinion, even if you go for the plug-in hybrid version, which is the most expensive Kia model right now.

Forget about the base engine and its miserable 191 horsepower, and instead, make the stretch to the optional turbo-four with its 281 horsepower and 311 lb.-ft. of torque. However, the 227 horsepower and 258 lb.-ft. Hybrid is also a great call if you want decent performance and impressive fuel economy.

If you want or need a minivan but you don’t want to look like you’ve given up on enjoying life, may I suggest the 2022 Kia Carnival? The (usually) eight-seat Carnival probably isn’t as staggeringly flexible as some minivans, but at least you won’t want to blindfold yourself so that you don’t have to look at it when you go to it in the morning. Believe it or not, you can get optional seats to turn the Carnival into an 11-seater, but whoever sits in the fourth row will have about a quarter-inch of legroom.

The powertrain is pleasant and straightforward, even if it isn’t the most contemporary unit Kia could have put under the hood. The engine is a solid 3.5-liter V-6 that makes 290 horsepower and 262 lb.-ft. of torque, which goes to the front wheels through an eight-speed automatic transmission.

If the interior isn’t big enough for your needs, the 2022 Carnival can tow up to 3,500 pounds. However, the fuel economy is pretty lousy, even for a minivan.

The 2022 Kia Telluride is a three-row midsize crossover SUV that seats up to eight, and it’s a model you’ll either love or hate. You’re unlikely to mistake it for anything else on the road, but some people won’t discover its good point because they’ll walk away because of how it looks. It’s big, bold, square, and ruggedly macho, and it makes no apologies for any of it.

A vehicle like this couldn’t get away with a puny powerplant, so the Telluride uses the same 3.8-liter V-6 you may recognize from the Hyundai Palisade. This mighty unit produces 291 horsepower and 262 lb.-ft. of torque that goes to the front or all four wheels through Kia’s eight-speed automatic transmission. The fuel economy isn’t as terrible as you might imagine, but it’s still nothing to shout about.

The 2022 Kia Stinger isn’t the type of vehicle you buy if fuel economy concerns you, but that doesn’t mean the fuel economy is abysmal. The Stinger is a stunning-looking GT car that goes as well as it looks, but the price is a little steep. I’d certainly have bought one of these by now if it wasn’t for the price, but the GT2 starts at $51,490, and I can always find something else that makes more sense for the money.

I’d say that most 2022 Kia models get the kind of fuel economy you’d expect for their class, except the Niro Hybrid. The Niro Hybrid is exceptional in terms of its fuel economy, and it’s hard to believe that an SUV at such a modest price can give a Toyota Prius a run for its money. Still, I’m not too fond of how it looks, but the 2023 Kia Niro is an entirely different proposition.

If the 2023 Kia Niro Hybrid delivers the same fuel economy as the 2022 Kia Niro, but in its stunning new exterior styling, Kia could have another big winner on its hands next year. If you can get one, of course, that is. 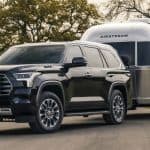 2023 Toyota Sequoia: The 8-Seat Hybrid SUV You’ve Been Waiting For? 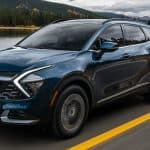