Why are Hatchbacks Not Popular in America?

There are a lot of things America has in common with Europe – and the UK in particular – but cars are not always one of them. One particular difference is the attitude to hatchbacks, which are still extremely popular in Europe and the UK but are not much loved on the other side of the Atlantic. So why are hatchbacks not popular in America?

Americans do buy hatchbacks but they don’t buy them in anything like the same numbers as other countries as the hatchback body style has never really caught on with American consumers. When an automaker offers a new car for sale in America in both sedan and hatchback body styles, you can pretty much guarantee that the sedan will outsell the hatch by something like a factor of four to one.

What is a hatchback?

A hatchback is generally a small, five-door car body configuration with a rear door that opens upward to provide easy access to a cargo area behind the rear seats that often split and fold to offer a flexible loadspace. However, although hatchbacks are usually thought of as small cars, plenty of larger cars have been produced over the years in a hatchback body style such as the Ford Mustang and the Dodge Omni Charger.

There are plenty of cars sold in America to this day that are still technically hatchbacks, but the manufacturers like to give them different names such as the Audi A5 Sportback. But most of the time this genre is referred to as a “liftback,” and the most obvious difference with a traditional hatchback is the liftback rear door is more horizontal than the more upright design attributed to hatchbacks.

Are all hatchbacks front-wheel-drive?

The majority of hatchback cars tend to be front-wheel-drive as front-drive is considered safer for infrequent or inexperienced drivers, especially in slippery conditions, and with a front-drive format, there’s no driveshaft going to the rear wheels that would reduce floor space in the rear of what are usually small cars.

Does America still have any hatchback cars?

It’s not as if automakers haven’t tried to sell their hatchback models in bigger numbers in America. After all, it would make a lot of commercial sense for them to sell a hatchback they already sell in other markets into the US rather than go to the trouble of producing a sedan version specifically for North America.

However, America is such a large and important market for automakers that plenty of them have produced sedan versions of cars they only sell in the rest of the world in hatchback form.

Some American manufacturers have tried their luck producing hatchbacks, despite a pretty abysmal sales track record for the body style over the years. The Chevrolet Cruze used to be produced in both sedan and hatch versions, but the sedans massively out-sold the hatches. Chevrolet still makes a hatchback, but it’s unlikely that the Spark will be around for much longer as more and more automakers ditch cars altogether to concentrate on SUVs and trucks. On top of that, the Chevy Spark is a pretty dire car anyway.

Even European, Japanese and Korean automakers who sell hatchbacks in America usually have to offer a sedan version as well for it to make commercial sense to bother with those models in America at all.

Take the Honda Civic for example. In Europe, the Civic has only been sold in hatchback form for about as long as anyone cares to remember but the hatch only finally made an appearance in America a few years ago with the launch of the 10th generation. Even then, the hatch didn’t go on sale in America because there was any particular demand for it. The reason the hatch was offered in America at all was so Honda could finally sell the Civic Type R because it’s only produced as a hatchback and it probably wouldn’t be financially viable to produce a sedan version just for the US.

A problem with patriotism

Americans are among the most fiercely patriotic people on the planet, and rightly so. And one area when many Americans like to advertise their patriotic instincts is with the vehicles they buy. This is another problem for hatchbacks because if we are all going to be honest for a moment, American carmakers have a long track record of making truly lousy hatchbacks. It’s almost as if the designers’ hearts were never really in it when they were tasked with coming up with a hatchback.

If you think I’m being a little harsh I will present the evidence for my own defense, and I’m pretty confident that I’m going to win this particular argument. I’ve already mentioned the Chevy Spark, which is a terrible car in almost every sense, but how about the AMC Pacer, Oldsmobile Firenza, Ford Pinto Runabout or the Dodge Omni? I could go on, but I’ll refrain on the grounds I don’t want to give my readers nightmares.

The big question is still why don’t Americans like hatchbacks? I’ve thought about this quite a bit over the years, and I can only conclude that it’s because it’s a body style that American manufacturers didn’t bother with to any great extent and there’s a lack of any sort of hatchback tradition or heritage.

In Europe, in the 1980s there was the explosion of the hot hatch that really cemented the body style in the European psyche. Although there are lots of cars that enthusiasts like to claim as the first hot hatches that can date back as far as the 1930s in some cases, most people consider the original Mk1 Golf GTi to be the car that really first coined the term hot hatch.

The car that should probably hold the crown as the first-ever hot hatch was the 1971 BMW 2000 tii Touring, but it was the Golf GTi that made the hot hatch a “must-have” vehicle for boy racers in the 1980s. It was quickly followed by the likes of the Peugeot 109 GTi and the Ford Fiesta XR2, but those are the kind of cars that America missed out on and that’s why I believe Americans have little interest in hatchbacks.

I genuinely believe that if the likes of Peugeot, Renault, Ford, Honda and others had found a way of selling their hot hatches in America in the 1980s, the hatchback body style as a whole would be as popular in North America as it is in the rest of the world to this day.

I’m going to be a little cheeky here and suggest that Americans actually love hatchbacks and are buying them in massive numbers right now, but they just don’t realize they are doing it.

If there’s one characteristic that defines a hatchback, then what is it? It has to be that fifth door at the rear that opens upwards, and what other vehicle has that feature? The answer is an SUV, of course. SUVs and crossover SUVs are simply tall hatchbacks and it’s hard to think of a single example that doesn’t share that main characteristic.

European automakers may have tried to get Americans to buy diesel cars for years with little or no success, but they have succeeded in getting Americans to buy hatchbacks. All it took was to make them taller so they had unnecessary extra headroom to justify much higher prices that produce bigger profit margins for the manufacturers.

Why you should give hatchbacks a try

I’m in something of a strange position when it comes to commenting on why Americans don’t like hatchbacks, and that’s because I’m English but I’m no particular fan of European cars and I have little interest in the vast majority of them. I’m a huge fan of American muscle cars, both old and new, and I even find American SUVs and trucks a lot more interesting and more full of character than most things produced in Europe.

However, it’s hard to think of any other car that delivers as much driving enjoyment for such a reasonable price as a hatchback. The front-drive format works for these cars, and high-performance hot hatches are impossible not to love. Okay, a basic Ford Fiesta, Volkswagen Golf or Peugeot 108 can be immediately forgettable, but I still think something like a Fiesta hatch looks better than its sedan equivalent.

But if you’re still not convinced about the merits of the hatchback body style I must make one final suggestion, and that’s for you to try and get some time behind the wheel of a Honda Civic Type R or a Ford Focus RS. The Civic Si and Focus ST are also pretty good, but they are simply pale imitations of their hooligan Type R and RS cousins.

If you still don’t love a hatchback after that then I will admit defeat. But if I’m given the choice, I’d still prefer a Challenger SRT Hellcat, a Camaro ZL1 or a Mustang Shelby GT500, I must admit. 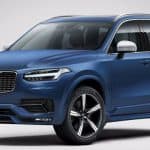 What to Look Out for When Buying a Used Volvo XC90 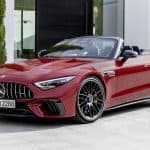