When you hear the word Toyota, the first thing that comes to mind is reliable and economical cars. Over decades with its time-tested vehicles, Toyota has developed a name for its reliability. Their vehicles hold their resale value even if they are outdated. They are built to last. A fair share of this reliability reputation goes to its utility vehicles, which have proven themselves no matter what is thrown at them. But in particular, why is the Toyota 4Runner in such high demand at the moment?

When taking utility, off-road is an important part. This is where Toyota aces it. The history goes way back, to be precise, to 1941, to the early years of World War 2. This is when the Toyota Land Cruiser was born.

This is not a history lesson, so the only thing you need to know is that Toyota has been making these off-road ninjas ever since. They have learned and improved ever over the decades, making Toyota a maestro of durability. Today, its off-road prowess is unmatched and it has become the industry’s standard in reliability.

What is the origin of the Toyota 4Runner?

The 4Runner is a descendant of Toyota’s famous Hilux, with the traditional, truck-based, body-on-frame style of an SUV. The original 4Runner was a compact SUV and little more than a Toyota Hilux pickup truck with a fiberglass shell over the bed, but the model has since undergone significant independent development into a cross between a compact and a mid-size SUV.

Why is it in such high demand?

Being a midsize SUV means the Toyota 4Runner offers good space for cargo, and the passenger cabin is roomy enough to contain up to 5 people (although it is designed for 4 people). It’s not too small to leave you with no room for your gear, nor is it too big to jeopardize its off-road capabilities. The perfect balance between size and usability is what made it popular in the first place.

Plus, being a mid-size SUV puts it at a good price point and keeps it from being too expensive. Well, that is until used examples started going for money than brand new MSRPs!

This is where the 4Runner isolates itself from by far most of its opposition. Each model has high ground clearance and all-wheel drive, meaning you’ll have the option to navigate rocks, breaks, and uneven paths that different SUVs can’t without harming the underbody. Thus, whichever 4Runner model you pick, it’s probably going to be more trail-ready than almost any other SUV you’re thinking about.

For those who are even more rugged at heart, there’s the 2015-and-newer TRD Pro model. It gets a lifted suspension and upgraded shock absorbers to make it the most capable 4Runner for off-roading.

Still relevant after over a decade

One explanation is that, because of the long ages, even ten-year-old 4Runners look appropriate. They additionally utilize a significant part of the very mechanics that make these Toyota SUVs so able.

Likewise, with so many configurations and trim levels that have shown up throughout the years, there are plenty of extraordinary 4Runners out there to be had in the used market, at a price, of course. These pre-owned SUVs are in huge demand and new models are few and far between due to the microchip shortage, so prices for used Toyota 4Runners have gone through the proverbial roof.

The Toyota 4Runner is as dependable as they come

Unwavering quality is the major “selling point” of Toyota 4Runners. They are broadly dependable; you could drive a 4Runner up to 400k miles and it would still deliver a brilliant experience on the streets and off-road.

Be that as it may, at such high mileage, you might need to visit your preferred mechanic’s workshop for regular maintenance. However, that’s often the case with some brand new rivals. Are you listening Land Rover?

Likewise, with the exception of the 2010 model, every other 4Runner model earns a “great” predicted reliability rating of 5/5. The series is also exceptionally well vaunted in various discussion forums by loving owners.

Basically, 4Runners keep going for what seems like forever, and that’s the reason they’re sought after. While it has a few characteristics and irritating (yet minor) disappointments, you’re not liable to be left abandoned when you’re out and about.

On top of all that, the 4Runner came in at number five in a 2019 study by iSeeCars.com ranking the longest-lasting vehicles in the US. According to the study, the 4Runner accounted for 3.9 percent of vehicles traveling more than 200,000 miles (320,000 km). Another practical proof of its reliability.

The 4Runner is one of the most incredible vehicles made for holding on to its value. CarEdge reports that the typical 4Runner will lose 35% of its worth over the next 5 years. That might seem like a great deal, yet it makes the 4Runner one of the top 10 best vehicles (of any class) for holding its value. It’s not quite in the same league as a Tacoma or Tundra, but it’s not far off its Toyota stablemates.

This magnificent resale value gives purchasers the confidence to get them new, which increases demand and drives up the retail prices of new and used examples. The high resale value additionally implies that pre-owned 4Runners are costly in light of the fact that they generally lose a small proportion of their worth relative to other vehicles.

The Toyota 4Runner is relatively inexpensive to maintain

It’s obviously true that vehicles with high upkeep costs lose a great deal of their value when they hit the second-hand market. That is not the situation with the Toyota 4Runner, which is one of the least expensive SUVs to keep up with. RepairPal reports that the 4Runner will cost a normal $514 in maintenance every year. This is below the normal for all mid-size SUVs ($573) and far beneath the normal for all vehicles ($652).

All things considered, despite the fact that 4Runners are affordable to maintain, they get pretty poor gas mileage, which can make running them somewhat costly.

The 4Runner has a serious aftermarket parts and accessory market, so in the event that you’re needing replacement parts, you can generally find them without any problem. The 4runner has a big enough following to attract attention from large aftermarket parts manufacturers. For example, brands like Fox, King, and Icon all offer suspension kits for the 4runner.

This makes availability less of an issue and also opens up the chance to modify your rig while using OEM Toyota parts.

The only remaining accessible off-roader in Toyota’s lineup

Since the FJ Cruiser has been discontinued, the 4Runner the only reasonable choice for individuals who would prefer to have a Toyota SUV over a truck for off-roading. The Sequoia is an extraordinary SUV, but its size and independent rear suspension make it a better fit for the asphalt than the mud and sand.

The Land Cruiser is almost as imperious as the 4runner on rough terrain, yet at the same time, it’s substantially more expensive. That leaves the 4Runner for Toyota fans looking for an off-road SUV. It’s tough, deft, and doesn’t cost as much as your home.

The Toyota 4Runner has a big, elderly, 4.0-liter V-6 engine making 270 horsepower and 278 lb-ft of torque, all while sucking down massive amounts of fuel. The EPA estimates 17 mpg, but you can barely manage 15 in the real world. If the 4Runner has one major downside, crappy fuel mileage would be it.

Driving dynamics on the road

Out and about on the road, the 4Runner’s off-road excellence makes it a less excellent choice. The transmission makes the 4Runner terrible on fuel, and it’s not quite as smooth and refined as current contenders that include eight, or even 10 gears. The steering feels weighty and dubious by comparison, and the brakes take more time than normal to take the 4Runner from 60 mph to a full stop. It’s not really “planted” on the road. The body roll is massive and the nose dips when you brake. It’s top-heavy.

Early 4Runners were simple when it came to in-vehicle tech. In the event that infotainment is essential to you, begin searching for 4Runners from the 2018-2019 model years. They come outfitted with a 6.1-inch touchscreen.

This is still minuscule by present standards, and it frequently makes the screen challenging to use or even to see properly. Additionally, there is no compatibility with the Apple CarPlay or Android Auto smartphone applications with this framework. Models from 2020 onwards come with a significantly better 8-inch screen that incorporates both CarPlay and Android Auto.

For a particularly old car that doesn’t get great fuel economy, it also struggles a bit with safety.  It scores four stars on overall safety, and the passenger frontal crash rating is just three stars. Safety probably isn’t going to be the primary concern for 4Runner buyers, especially those buying used to do some proper off-roading. Even so, it’s another black mark in the copybook of the Toyota 4Runner.

Toyota is moving its body-on-frame trucks and SUVs to its new TNGA-F truck platform. The new platform underpins the new Land Cruiser, the new Tundra, the Lexus LX 600, and also the new Sequoia. A smaller version of the platform is expected to underpin both the 4Runner and the new Tacoma pickup. An entirely new platform means the new 4Runner will differ from the current model, taking inspiration from its platform mates.

The lackluster interior should see an improvement, to keep up with the competition. Infotainment and in-car tech will surely get updated. More standard and optional safety features will also be available.

For the sake of emission regulation and fuel economy, Toyota will most likely be downsizing the standard engine. The turbocharged 2.4-liter inline-four from the all-new Lexus NX 350 is a likely contender, which develops 275 horsepower and 317 lb-ft of torque which is substantially more torque than the current V6. Likewise, on-road driving traits will be better than the current generation, but does that mean it won’t be a proper 4Runner anymore?

Since Toyota has committed to electrifying its lineup by 2025, a hybrid version of the 4Runner is also expected but not entirely certain. Other options in the future are also likely to include some form of plug-in hybrid.

Basically, the Toyota 4Runner as you know it will be no more very soon; at least as far as buying a brand new example is concerned. And you know what that means, don’t you? That’s right, even higher prices for the pre-owned models. 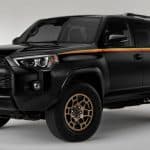 Why Do People Keep Buying Crossovers and SUVs? 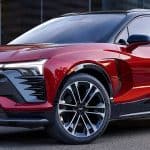