Why Can’t I Buy a Mitsubishi Pickup Truck in America?

When you see TV news footage from the Middle East every vehicle appears to be a pickup truck, and many of those pickup trucks are built by Mitsubishi. Mitsubishi sells its pickup trucks under various different names in around 150 markets around the world, so you could be forgiven for wondering why can’t I buy a Mitsubishi pickup truck like the Triton L200 in America.

You cannot buy a Mitsubishi pickup truck in America at the moment due to something called the Chicken Tax. This is effectively a 25% tariff the American government levies on imported goods such as brandy, dextrin, and potato starch. Unfortunately, it also applies to light trucks built outside America, and that includes the Mitsubishi Triton.

If Mitsubishi was to build a pickup here in America the Chicken Tax wouldn’t apply and it could be sold here at a competitive price. Until that happens, the 25% tax would simply make the Triton too expensive to compete in the American compact pickup segment.

Mitsubishi pickup truck history in the US

These trucks were effectively disassembled after being built in Japan, shipped to America as components, and then they were reassembled and badged as American-built products. This satisfied the need for the trucks to be “made in America” so they could avoid the Chicken Tax. Unfortunately, loopholes like this eventually get identified by the authorities and closed.

What is the Mitsubishi Triton?

Regardless of what it’s called and where it’s sold, this incredibly popular Mitsubishi truck has been in production since 1978 and it continues to be one of the most popular compact pickup trucks out there.

So far there have been five different generations of the Triton/L200, and the fifth generation received a major facelift for the 2019 model year.

2nd Generation (1986-1996) – The global popularity of the first generation around the world led to the second generation being offered in both two and four-door variants, and production also spread to Brazil, Portugal, Thailand, and The Philippines. This version of the Mitsubishi pickup was sold in America as the Dodge Ram 50 between 1987 and 1994.

3rd Generation (1996-2006) ­­– These third-generation versions of Mitsubishi’s compact pickup are the ones you’ll probably see the most of in areas of the world like the Middle East. They were popular, durable, versatile, and affordable and they almost seem indestructible. This was the first model that never made it into North America apart from being imported as used.

4th Generation (2005-2014) – This is where the Triton stopped being built in its native Japan as workmen and traders decide they preferred vans and station wagons to pickup trucks for their commercial activities. The Triton was removed from the company’s Japanese model range in August 2011, and it was built exclusively by Mitsubishi’s subsidiary in Thailand and exported to 140 markets.

5th Generation (2015-Present) – Although there is a version of the 5th-generation Mitsubishi L200 that’s badged and sold as the Ram 1200, it’s actually only sold as that in the Middle East. Once again, this model is built in factories in Thailand and Brazil and is not offered for sale in Japan or North America.

Why does the Chicken Tax affect the Mitsubishi Triton?

The Chicken Tax would apply to Mitsubishi’s extremely popular Triton L200 because it’s a light truck that would currently have to be imported into America because Mitsubishi doesn’t build the pickup here in the US. The tax wasn’t introduced to specifically prevent trucks like the Triton from being sold in America, but they’re among the more notable products to be affected.

President Lyndon Johnson brought in the tax as long ago now as 1963 and it came about as a response to a similar tariff imposed by France and West Germany on chicken meat produced in the US that was exported over there.

The idea behind the tax was to protect American producers and manufacturers from what was viewed at the time as unfair competition from abroad. There were diplomatic attempts made at the time to avoid the Chicken Tax being introduced, but the tensions of the Cold War era doomed these attempts to ultimate failure.

What you might find infuriating if you’d like to buy one of these excellent Japanese compact pickup trucks is the tariffs applied under the Chicken Tax to products including brandy, dextrin and potato starch were abolished quite some time ago. However, tariffs on foreign-built trucks and cargo vans have been kept in place to offer protection for American automakers from foreign rivals.

Ingenuity and the desire to make a profit often lead to people finding ways around things and several loopholes in the tariff regime have been found and exploited over the years. Chevrolet and Ford may well be two of the American automakers the Chicken Tax was kept in place to assist, but these two actually came up with what’s referred to as the “chassis cab” loophole.

This loophole meant trucks built overseas that had passenger compartments but no cargo beds or boxes could be imported into the US with just a 4% tariff. A cargo box or bed could then be fitted in America and then these vehicles could be sold as light trucks.  Loopholes are not generally popular with those who impose rules, so the chassis cab loophole was closed by Jimmy Carter’s administration in 1980.

Manufacturers still exploit any loopholes they can find, and even today the Ford Transit Connect vans produced in Turkey are imported into America fully configured with rear seats so they get classified as “passenger vehicles.” This stops them from being subject to the Chicken Tax 25% tariff, but Ford then goes and removes the rear seats and other parts from them at its Baltimore production facility so they can be sold through its dealer network as cargo vans.

Will Mitsubishi ever sell the Triton/L200 in America?

Even back then in 2019, it was speculated that a Mitsubishi compact pickup truck wouldn’t find its way into the American market until at least 2025. A lot of things have happened since then, not least the coronavirus pandemic which has pushed a lot of automakers to delay the launch of brand new models for at least a model year.

We could be in a very different world by 2025 or 2026, so would there even be a demand for a Mitsubishi L200 by then? After all, it wasn’t too long ago when the midsize sedan segment was the most fiercely competitive part of the auto market and now some automakers are dropping them from their lineups completely to concentrate on much more popular SUVs. 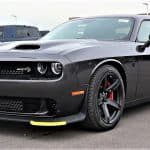 Should I Buy a Used Hellcat?

Should You Avoid Buying a Base Model Car? 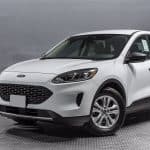