It’s more than 25 years now since French automaker Peugeot last sold its new cars in the US, but industry developments in 2021 led to a lot of speculation that Peugeot and Citroen new cars, SUVs, and possibly even commercials, might be offered for sale in America again. It has now been confirmed that this will not be happening in 2023, or anytime for that matter, but why can’t you or I buy a Peugeot or Citroen in the USA?

Peugeot stopped selling new cars in the USA in 1991 because their vehicles at the time wouldn’t meet upcoming safety and emissions standards. And as the French cars sold in such low numbers at the time, it wouldn’t have been financially viable to upgrade them or develop new models to meet those new standards.

Are Peugeot and Citroen coming back to America?

There were lots of rumors and plenty of speculation in 2021 about cars made by French auto group PSA once again being sold in America by 2023. This was because PSA, who owned the Peugeot and Citroen brands, merged with Italian auto giant FCA in January 2021 to form a new automotive “supergroup” that is now called Stellantis.

As FSA brands such as Fiat, Chrysler, Jeep and Fiat are sold in Europe and North America it was anticipated that the newly-formed Stellantis would therefore introduce the Citroen and Peugeot brands from PSA to the American market once again. In fact, back in 2016, PSA did announce that Peugeot would be returning to North America within ten years.

When it was announced that FCA and PSA were merging to form Stellantis, Peugeot CEO Jean-Philippe Imparato said of the assumption that the French brands would be sold in the US, “I imagine in the coming months due to the new strategy we will have to adapt and reconsider all elements, including this one.”

However, Stellantis CEO Carlos Tavares has since said, “I think it’s better that we funnel the talent, the capital, and the engineering capability of our Stellantis company to the existing brands to improve what needs to be improved and to accelerate where we need to accelerate because we already have a very strong presence in this market.”

A man called Larry Dominique had been earmarked to relaunch Peugeot in the US, but he has since been appointed as senior vice president of Alfa Romeo for North America instead as the Italian brand was relaunched instead of being folded, as was initially expected.

The PSA Group (Peugeot Société Anonyme) was a French multinational automotive manufacturing company that made automobiles and motorcycles under brands such as Peugeot, Citroën, DS, Opel and Vauxhall. Opel and Vauxhall themselves were part of a buyout only a few years earlier as these used to be owned by GM before the American auto giant decided to effectively pull out of Europe and sell those brands to PSA.

It was announced on 18 December 2019 that PSA and FCA (Fiat Chrysler Automobiles) had agreed terms for a $50 million merger to go ahead, but completion of the deal was held up while European competition regulators considered approving the merger. The new name, Stellantis, was announced on 16 July 2020 and the deal was finally concluded on 16 January 2021.

There had never been any serious intention for PSA to return to selling its brands in the US prior to the merger with FCA, but merging with a company that already had so many big American brands under its umbrella sparked plenty of rumors and assumptions that Peugeot, and possibly Citroen and DS too, would soon be coming to America. As it turns out, Stellantis soon thought better of the idea and Americans will have to live without those French auto brands for the foreseeable future.

Is America missing out?

As Peugeot hasn’t sold new cars in America since 1991 and Citroen hasn’t had a presence in the US since as long ago as 1974 now, it would be a bit of a stretch to say that American consumers are going to lose much sleep over still not being able to buy these brands in their home country.

On the other hand, Peugeot and Citroen vehicles today are very different animals to anything Americans will have experienced with those brands in the past. And that’s without even bringing DS into the equation, which is the luxury arm of Citroen just as Honda has Acura, Nissan has Infinti, Toyota has Lexus, and so on.

And if you want concrete testimony of how good French cars are today and how Americans could be missing out by not having access to them today, look no further than yours truly! Now, I am no lover of France, the French or many things associated with the country, but I am a fan of Peugeot.

My current car is a 2021 Peugeot 3008, which is an extremely stylish compact crossover that I’m very happy with. And it’s actually my second new Peugeot in the last eight years as I leased a new 308 hatchback in 2014 that was also excellent.

Now I know you have tons of great cars to buy in America and there are plenty that are not sold in Europe that a lot of Europeans would love to have, such as Dodge. Is Peugeot something special compared to other brands that are on a similar level such as Toyota, Ford, Nissan or Volkswagen? No, it probably isn’t that special and the badge certainly isn’t that of any sort of aspirational brand.

What makes Peugeot special for me is the value for money the brand offers and how stylish and high-quality the vehicles are. I had a friend sit in my 3008 a few weeks ago and he admits to being a brand snob who is devoted to Audi and couldn’t bring himself to buy anything else, but even he had to admit that the interior was as stylish, high-quality and well-equipped as any Audi costing around twice as much.

I chose the 3008 because I think it looks sensational, it has all the toys I want such as a fully digital dash, and the leasing price was fabulously competitive. Would the 3008 or other Peugeot models sell well in the US? I think they would, but I’m not sure that they’d make enough of a splash to justify the cost of re-launching then in America and making sure they comply with US safety and emissions regulations.

Will Peugeot ever return to America?

It now looks increasingly unlikely that Peugeot, Citroen or DS dealerships will be appearing on American soil for the foreseeable future, just as Dodge and Ram are never going to be on sale officially in Europe anytime soon. We should never say never, however, as things can change quite quickly in the auto industry these days and it wouldn’t be unthinkable that Stellantis itself could be the subject of another merger or even an acquisition at some time in the years to come.

Consolidation has been one of the most important words bouncing around the auto business for the last few years as companies increasingly rely upon the economy of scale to keep vehicle development and productions costs at reasonable levels to remain profitable.

As more and more gas and diesel cars are replaced by electric models it will get easier and more affordable for those models to be sold in every market around the world, in a way that’s simply not possible with some current internal combustion engine vehicles due to differing emissions and safety standards. Are you missing out in America by not having access to Peugeot? I’d say you are, but only a little, and you have more than enough great cars available to you that it’s not something you should lose any sleep over. 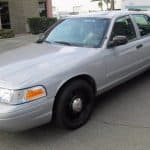 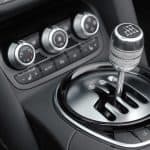