Why You Should Buy a Suzuki Samurai – if You Can Find One!

I’m going to draw your attention to a used car that you really should look out for and buy if you ever get the chance, and that car is the monumentally underrated Suzuki Samurai. The Samurai was an affordable subcompact SUV that was sold in the US and Canada for a limited time that is only now being appreciated for how good it was and how capable it was for the money. Let’s, therefore, take a closer look at what it was, what it was capable of, and why you should buy a Suzuki Samurai today if you can find one.

What is a Suzuki Samurai?

The Suzuki Samurai is a very small SUV that was sold in America and Canada long before SUVs became the massive thing they are today. Even back then, those who knew about such things were very aware of what a seriously capable off-roader the Samurai was, but with so many modern SUVs now abandoning any pretense of being off-road-capable, it’s only now that a wider audience is finally appreciating the Suzuki Samurai.

Like many foreign vehicles sold in North America, the little Suzuki was known by a completely different name in the rest of the world where it also enjoyed considerable success for its capability and its affordability. Outside the US and Canada, the Samurai was known as the Suzuki Jimny, and 2.85 million of them were sold across no fewer than 194 countries up to and including 2018.

Unlike today’s small crossover SUVs that are built on a car-like unibody platform, all three generations of the Samurai/Jimny used a traditional ladder-frame construction usually associated with larger, truck-based SUVs such as the Toyota Land Cruiser.

Perhaps part of the reason why the Samurai wasn’t appreciated as much at the time as it is by many today is that Suzuki isn’t a renowned brand for four-wheel vehicles and is primarily thought of as a motorcycle manufacturer.

The Suzuki Samurai went on sale in America in 1985 as a 1986 model year and it remained on sale until 1995 when it was eventually replaced by the Suzuki Sidekick. The price back then was $6,300 and an impressive 47,000 units were sold in the US in that first year, but good luck trying to get one today for anywhere close to as little as $6,300.

It was a bit like a miniature Ford Bronco as the Samurai was a small, three-door SUV with rear seats that was available in both convertible and hardtop body styles. Although it was a very small SUV that some people didn’t take too seriously at the time, the off-road enthusiast community quickly appreciated the immense capability the little Suzuki had to offer and it even out-sold the Jeep Wrangler by a factor of two to one in 1987.

There have been three generations of the subcompact Suzuki off-roader but only the second generation was offered for sale in the US. Under the hood was a 1.3-liter four-cylinder engine that developed a very modest 63 horsepower.

But in 1991 that powerplant was replaced by a new 1.3-liter four-cylinder engine with throttle-body fuel injection that put out 66 horsepower. The Samurai was withdrawn from sale in the US and Canada in 1995.

Why did Suzuki stop selling the Samurai?

The Samurai suffered from similar issues that would bring about the demise of the even more capable Land Rover Defender a couple of decades later. Despite its immense capability and reliability, the Samurai eventually succumbed to disappointingly low sales and stricter safety legislation that was in the pipeline that would have made it financially unviable to update and continue production.

Not only was there an issue with the Samurai not being able to meet stricter safety legislation that was being introduced in the US, but its safety record as a whole was also less than stellar, to say the least.

In 1988, a review of the Samurai was published in Consumer Reports which stated that the Suzuki “easily rolls over in turns”. It was pointed out in the review that this only tended to happen at higher speeds when there was a quick change of direction, but the first bit is what most people took away from the review and it was massively damaging to Suzuki’s reputation.

Sales fell off a cliff as a result, and although Suzuki did sue Consumer Reports and the case was settled eight years later, the Japanese automaker appeared to come off worst from the whole affair.

What’s the appeal of the Suzuki Samurai today?

There are all sorts of categories used cars fall into such as demo cars, junkers, classics, future-classics, collector cars, certified pre-owned, and more. There are also all sorts of reasons people buy different types of used vehicles too. The Samurai wasn’t seen as a serious contender in any particular segment of the market when it was being sold brand-new, but it’s now an extremely sought-after model for several reasons.

I’ve already mentioned how incredibly capable it was off-road, and that was because the Samurai was a genuine 4×4 that came equipped with a transfer case, switchable four-wheel-drive, and a low-range setting. Being so small and lightweight made it extremely nimble off-road and considerably less likely to sink into the soft ground than bigger, heavier off-road vehicles.

The Samurai was also pretty cheap, especially when used examples were being sold for a fraction of the brand-new price when depreciation took hold as it does with any car you buy new. Eventually, more and more people started to appreciate the Samurai, and used prices began to rise, especially once it was no longer being sold new.

When you could buy a battered used Samurai for a thousand dollars, or even less in more extreme cases of degradation, the little Suzuki was then a great buy as a project car. A cheap used Samurai made a great platform for customization and it also made an extremely affordable entry point for hardcore off-roading and off-road competition.

The Samurai is still great for all that if you want, and especially if you can unearth one in lousy condition for a low price. Unfortunately, many of them have now gone to the scrapyard in the sky and those that remain tend to be restored, cherished and loved by their owners.

The Suzuki Samurai as a future classic?

That brings me to another reason why you should buy a Suzuki Samurai if you can find one for sale at anything like a reasonable price; collectability. You might not be able to afford a C1 Corvette or a 1968 Camaro SS, but a Suzuki Samurai in great condition is now a sound investment that’s likely to only ever increase in value.

To give an idea of what some people are doing with the Samurai these days, on another website I found a 1993 example that has been customized going for $23,995.

There aren’t too many classic vehicles you can buy for that kind of money that are almost certain to appreciate, but they won’t stay at the kind of price for too much longer. I also had a look on Auto Trader in the UK, and on there I found no fewer than 292 for sale. However, the Jimny as it was called over there continued to be sold in Europe long after it was discontinued in the US, and the oldest model for sale was a 2001. It looks as though all the first-generation and second-generation models have been snapped up by enthusiasts, so it’s hard to say how much the kind of models I saw on the US Auto Trader would go for in the UK.

Why should you buy a Suzuki Samurai?

There are few, if any, vehicles you can buy as cheaply as the Suzuki Samurai that are anywhere close to being as capable off-road, and that’s before you even start to consider owning one as a hobby, investment or just for a bit of fun. My first experience of one was on holiday in Malta in about 1993 where the roads at the time were like something out of a warzone. The little Suzuki was uncomfortable, noisy and it drank fuel like it was going out of fashion when the low range was engaged, but it still put a smile on your face as nothing else you could rent for that kind of money could do what the Jimny could do.

It won’t be to everyone’s liking, but it’s definitely got a growing following and prices are only going to continue increasing. If you like the idea of one, grab a good one while you still can for anything close to reasonable money. 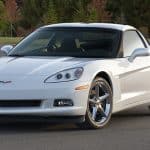 What to Look for When Buying a Used Chrysler Pacifica 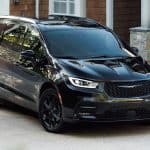