Will the Ford F-150 Lightning Have Mach-E Problems?

The Mustang Mach-E has been a great success, signifying the start of a new era in Ford’s history. Using the iconic Mustang badge for its first-ever EV, Ford is determined to leave a mark and has now started delivering its first electric pickup truck in the shape of the Ford F-150 Lightning. The problem is, will the F-150 Lightning suffer from the same issues that are starting to plague its closely related sibling?

Things have been going well and sales have been strong since Ford began selling the Mach-E in December 2020. Most importantly, the Mach-E helped Ford achieve second place in EV sales, behind Tesla in the US. But there has been a major hiccup that has started to shadow the delivery of these models and call into question Ford’s quality. It wasn’t even a quarter year since the Mach-E sales started that Ford officially issued the first recall for the Mustang Mach-E. In March 2021, the first recall over loose sub-frame bolts was made.

Since then, several recalls have been issued, including some for the new Ford F-150 Lightning. These recalls encompass various parts, including software and hardware, and are not a good sign for the sales of these models or the reputation of Ford either. For Ford F-150, it is still the first recall that only involves the software, so they can make sure it’s the last one. Ford has said that the software issue can be resolved through over-the-air updates, but anyway, the supply chain will be disrupted and people might see some delays in the delivery of their vehicles.

The newly introduced Ford F-150 Lightning is one of the earliest entrants in the electric pickup truck race. Ford is determined to keep its dominance in the pickup truck segment, so it couldn’t afford to be late. They are the first two electric vehicles from Ford, and they share a lot of components and technology to keep costs lower.

The first impression is vital, and you never get a second chance to make a first impression, as they say. The Mustang Mach-E matters a lot to Ford. It is a representation of how much Ford is committed to electrifying its lineup. Being the first EV from Ford, it will pave the way for upcoming Ford electric vehicles since Ford has planned to produce 2 million of them by 2026. It had to go well by all means. So, it checked all the boxes to make it a sales success. It is a crossover, so check. It has got looks, it is named after an icon, and it has the performance to match. It was well received in the market and received critical acclaim, most notably the first “EV of the Year” award from Car and Driver.

The second in line is the new Ford F-150 Lightning. Taking the gas-burning Ford’s most accomplished vehicle, the F-150 pickup, off the road, it replaced the gasoline powertrain with electric motors and batteries. It has turned out to be a terrific electric truck, one that is desirable and worthwhile. Ford started production of the new F-150 Lightning in April 2022 and is a step ahead, in this case, beating major rival Tesla and other domestic rivals like Chevrolet and Ram. Just like the Mach-E, Ford wants it to be a sales success, so they are geared up with the proper equipment to rival the best in the market.

It is worth noting that Ford builds its F-150 Lightning at the new Ford Rouge Electric Vehicle Center in Michigan and involves two other plants: The Van Dyke Electric Powertrain Center in Sterling Heights, Michigan, which assembles the electric motors; and the Rawsonville Components Plant in Ypsilanti, Michigan, which produces the batteries. While the Mach-E is produced at Ford’s Cuautitlan plant in Mexico. So, the location of manufacturing might play an important role in the origin of these recalls.

There have been lawsuits as a result of these recalls, reportedly. Additionally, the most recent major recall has been significant, but solutions are underway. It is not known exactly how many recalls are expected, but Ford is carrying out extra quality checks. The most common issue is visibility, while some other issues include electrical systems and vehicle speed control. We will have a look at the Mustang Mach-e major issues and see how they could affect the new F-150 Lightning.

The first recall was posted on the NHTSA website on March 5, 2021. The recall cited loose sub-frame bolts as the cause of decreased performance in the event of a crash or accident, increasing the risk of injury and death.

For those people who don’t know what a sub-frame is, here is a little explanation. It is the structure below the frame that supports the axle, suspension, and powertrain. So, while a significant portion of the vehicle has been impacted, the recall only affects a small number of Mach-Es.

Ford said about 1,258 vehicles are affected, but most of them have not been delivered to customers. Only a few of the more than 75 customers who have already taken delivery will have to get their Mach-E fixed for free at any Ford dealership. The recall delayed the deliveries of affected vehicles still in the dealership, and extra quality checks also decreased the number of vehicles produced.

It is worth noting that the recall came at a time when Hyundai recalled some 76,00 Kona EVs over battery fire risk and General Motors also recalled about 70,000 Chevrolet Bolts over battery fire risk. Ford’s recall was much smaller in magnitude and wasn’t about the powertrain, in particular the battery. But the recall started a series of recalls that questioned the build quality of its EVs.

The loose sub-frame bolt is a fault originating from the assembly of the vehicle, so unless Ford has a tight quality check, it may repeat in a similar or some other form. Ford has implemented extra quality checks and, counting on the manufacturing location difference, it is highly unlikely that a similar issue will arise in the F-150 Lightning.

Another recall arising from manufacturing and assembly was issued on September 14th, 2021. The recall cited two separate faults affecting 13,544 vehicles for inadequate panoramic roof glass panel bonding and 17,692 vehicles for front windshield bonding. The windshield and roof panel are suspected to detach from the vehicle in the event of an accident, increasing the risk of injury or death. The recall was fixed by visiting the dealer and was free of charge.

Like the previous one, it is also an assembly fault, and if Ford keeps the assembly in check and ensures quality, it might not occur in the F-150 Lightning. If a similar issue still arises, it will halt the sales of vehicles until the issue is fixed, and tighter quality checks mean that the number of vehicles delivered will drop. Since the Mach-E was the only affected vehicle at the time, it didn’t affect the deliveries of other vehicles, although its own deliveries were delayed.

A third recall was issued on the 16th of December 2021, also affecting the Ford Maverick. The recall stated that rear seat belt buckles may not be properly attached to the rear floor assembly, so they didn’t comply with the requirements of the Federal Motor Vehicle Safety Standard. The number of affected vehicles is lower at 2,622 units. Dealers were required to repair the rear seat belt buckle attachments free of charge.

This manufacturing fault plagued the Mustang Mach-E after about a year of starting production. The number of affected vehicles was small, so Ford was able to handle it without disrupting deliveries of vehicles.

Ford recalled 464 2021 Mustang Mach-Es on May 13th, 2022. Vehicles equipped with all-wheel drive were recalled for software errors that may cause unintended acceleration, unintended deceleration, or a loss of drive power, increasing the risk of a crash. This recall was the first involving software. For the first time, the Ford F-150 Lightning was also recalled for a faulty vehicle tire pressure monitoring system, after a month of Mach-E recalls affecting almost 3,000 units produced up till then. The warning light may not illuminate when intended and may not be able to provide adequate warning of low tire inflation pressure due to a software error.

Although these software errors could be fixed through over-the-air updates, they still affect the sales of already produced vehicles. People will have to wait longer to take deliveries of the affected vehicles. Extra quality assurance checks will slow down the production of vehicles, ultimately resulting in a longer waiting list.

There has been a recent major recall of Mustang Mach-E that involves about half of those produced up till now. 50,000 to be exact. The remedy involves the update of the software. Thankfully, it doesn’t involve the new F-150 Lightning, so sales will continue unaffected for now.

“An overheated contactor that opens while driving can result in a loss of motive power, which can increase the risk of an accident,” the notice by Ford says. The affected vehicles that are still in dealerships will not be delivered to customers until the problem is resolved, and those who have already received their Mach-E will be required to visit the dealership. It will take at least a month for the solution to this issue to be available.

Ford, like just about every other company, has been hit with supply chain issues, and the ongoing semi-conductor shortage forced the automaker earlier this year to suspend production at plants in Michigan, Illinois, and Mexico.

Combined with the already present chip shortage, this may prove disastrous for F-150 sales. Also, these recalls and delays might take away people’s trust in Ford, diverting them to alternative vehicles from some other brands. In this case, sales will drop, and Ford could witness a major market loss.

Then again, let’s be honest, the F-150 occupies such a preeminent position in the American market that it has an awful long way to fall before the alarm bells start ringing. And anyway, there are plenty of sensational F-150 models with good old internal combustion engines in the meantime. 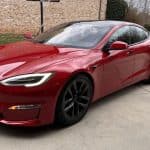 What is the Tesla Plaid?

Will the Tesla Cybertruck Live Up to the Hype? 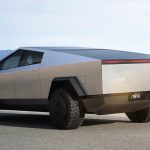